Do Eyewash Stations Need To Have Identifying Signs? 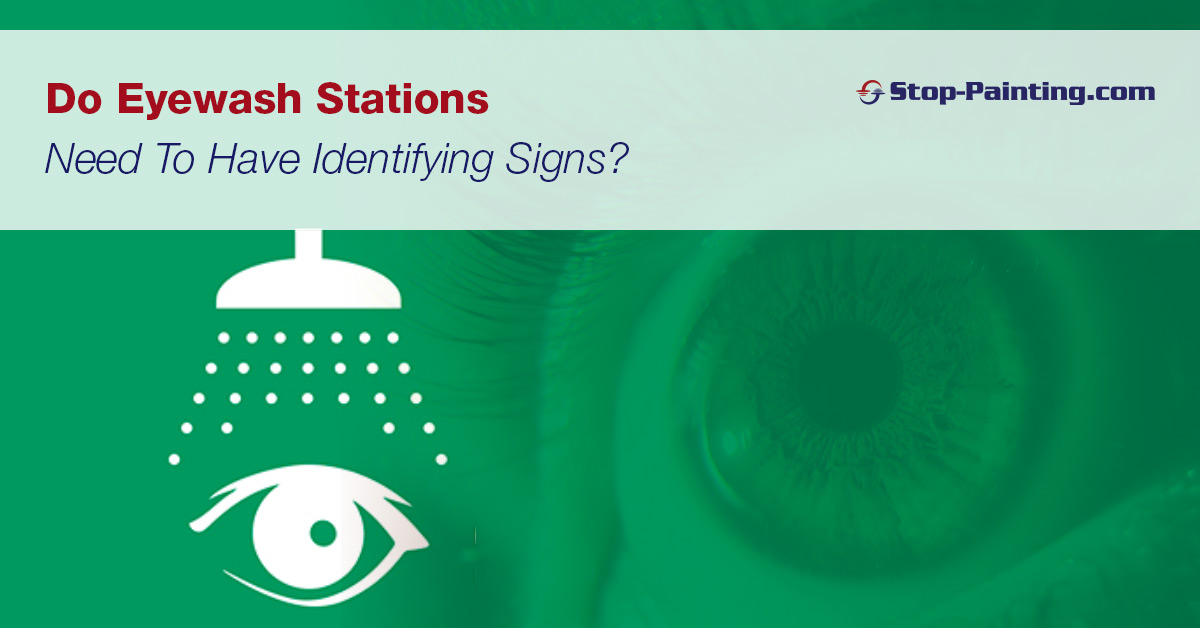 Have you ever experienced the sensation of accidentally spritzing a household chemical in your eye? It must be far worse when this happens with a seriously corrosive industrial chemical. The burning feeling would cause anyone to dart to the nearest, most easily accessible…

To the nearest what? Hopefully, an eyewash station! Emergency eyewash stations are mandated by OSHA. Its regulation states: “Where the eyes or body of any person may be exposed to injurious corrosive materials, suitable facilities for quick drenching or flushing of the eyes and body shall be provided within the work area for immediate emergency use.”[i]

OSHA does not provide any meaningful functional specifications or rules about placement of eyewash stations, and the regulation is also silent on the question of signage. It mandates that the eyewash facilities be “suitable.”

This is rather vague. But well-respected industry standards exist, and in some places these standards have been incorporated into local building codes. In particular, the American National Standards Institute has adopted a Standard for Emergency Eyewash and Shower Equipment (ANSI Z358.1). Created by industry representatives, this standard requires emergency eyewash locations to be identified with a highly visible sign.[ii]

Having highly noticeable signage near eyewash stations is common sense, of course. How else will a panicked worker with a painful chemical stinging his or her eye locate the eyewash station quickly? The need for prominent eyewash signage is especially great for temp workers, recent hires, or staff visiting from other locations.

Besides making the eyewash easier to locate, a visible sign also helps keep the area clear of obstructions. Emergency eyewash stations can become blocked by boxes, crates, or assorted junk. OSHA routinely issues citations for this— such as in these examples where companies were fined because an eyewash was blocked by equipment, by storage of truck tires, by unspecified objects, or by pallets of sodium hydroxide. OSHA inspectors have no hesitation in saying that an eyewash is not “suitable” under OSHA’s regulations if it is inaccessible.[iii] And who would choose to be the desperate worker hoping for quick relief who suddenly discovers a wet mop bucket parked in front of the eyewash?