What Are OSHA’s Design Requirements for Safety Signs? 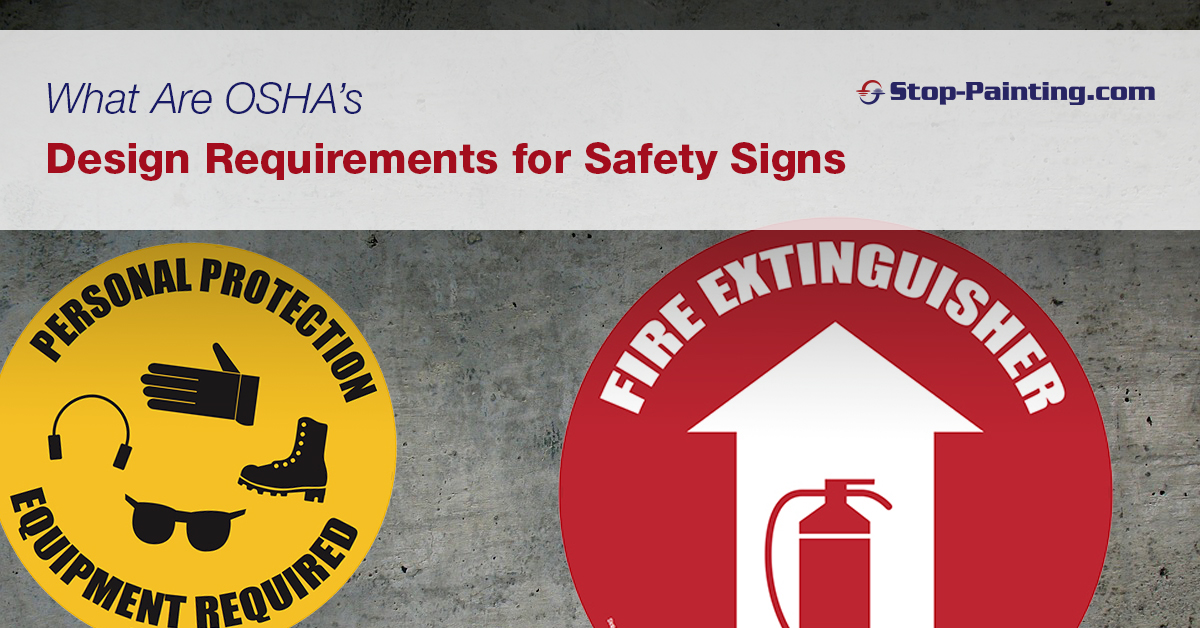 Back in olden days, employers would create workplace signs in any manner they wished. Paint words on a piece of wood? No problem. Of course, those were simpler times.

Today, OSHA standardizes safety sign design. The purpose behind this is to improve worker safety; for instance, if the color red is consistently used to indicate imminent danger, workers who see a red sign will automatically think “Pay attention to this!”

Although OSHA regulates the visual appearance of signs, it does not try to control every tiny aspect, which would require a vast expenditure of resources. For instance, OSHA has chosen not to adopt the very detailed ANSI (American National Standards Institute) standards except in one narrow area: color definitions, meaning basically what shade of yellow, red, and other colors to use. Renouncing heavy-handed oversight of design, OSHA confines itself to a few design rules that it considers most important.

What does OSHA want?

OSHA’s main regulation governing the design of safety signs is section 1910.145. Much of what this regulation says is predicable. For instance, signs should be “easily read,” “accurate,” “concise,” but at the same time contain enough information to be easily understood. No one would argue with this. The regulation adds that a sign’s wording “should make a positive, rather than negative suggestion.” What this means is a bit less clear but the idea seems to be to say “Watch for forklift” rather than “Don’t walk in front of forklift.”

The OSHA regulation also mandates that signs should not have sharp edges, jutting-out bolts, or any other feature that constitutes a hazard. Again, obvious. Wouldn’t it be ironic if a worker was injured by an accident prevention sign?

Besides these relatively bland design rules, OSHA adds some further requirements relating primarily to sign color. These are summarized in the chart below.

The above rules, the regulation says, do not apply to plant bulletin boards, safety posters, and news releases. None of these are considered to be “signs.”

Does OSHA have other design rules too?

Yes. There are some other OSHA regulations that deal with signs’ appearance. One example is section 1910.37, which states that the lettering on Exit signs must be at least six inches high (a type of design requirement).

What about the states themselves? Do they have rules?

In some states (less than half), the OSHA program is administered by the state itself rather than the feds, and some of these states have tacked additional requirements onto their standards. To find out whether your state is one of them, use the Directory of States with OSHA-Approved Occupational Safety and Health Plans.

OSHA’s sign design requirements are fairly simple. Ultimately, the purpose of requiring consistent colors to be used and a few other basic rules to be followed is to help keep workers safe.

Disclaimer: Although every effort has been made to provide accurate information, including having this document reviewed by an OSHA official, InSite Solutions expressly disclaims all warranties and liability of any type whatsoever relating to the use of this document. Any questions about signage requirements may be directed to OSHA.