Pennsylvania plant fined over $40,000 by OSHA 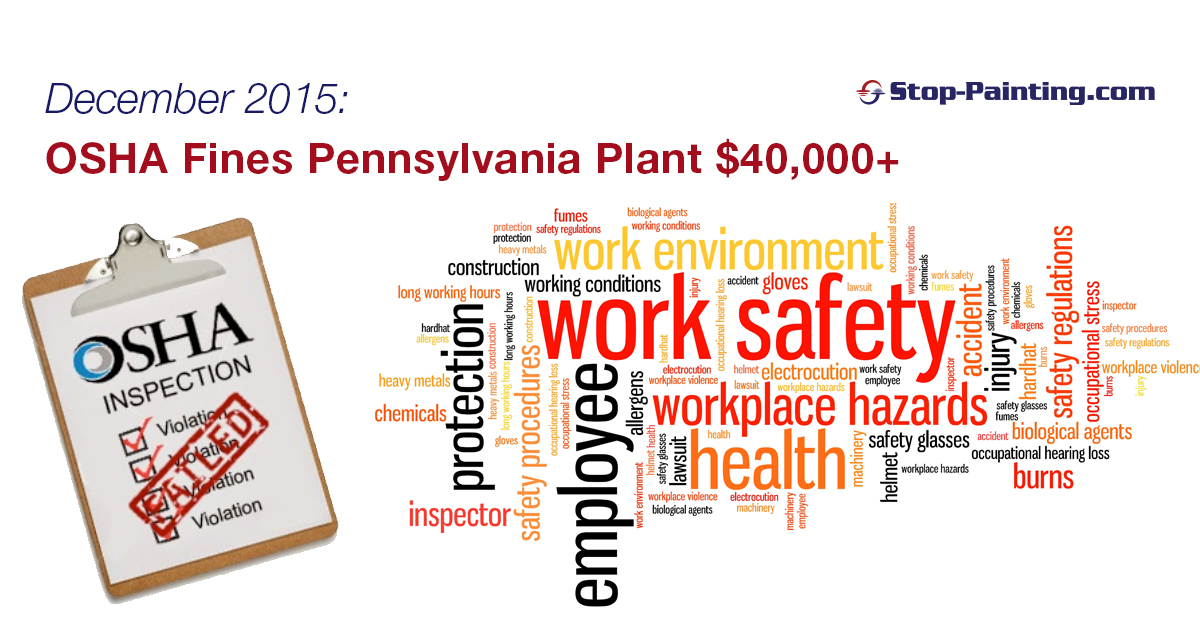 The Dec. 18 citation against RESCO Products (dba Worldwide Refractories) noted violations ranging from forklifts having to maneuver forklifts and hoppers too close to energy conductors, to allowing employees to use damaged motor control centers, broken panels, switches and handles and exposing employees to electrical shock.

One of the OSHA-labeled “Serious” violations garnering one of the harshest (proposed) fines was Citation 1 Item 8 which could cost the company $4,900. This citation concerned four instances where the company did not protect motor control centers and electrical panels with dedicated space to protect them from damage or protect employees from electrical shock. In fact, the citation notes that the electrical panel was noticeably damaged, probably by a forklift.

The company was also cited for blocking an electrical panel by storing items directly in front of the panel.

“The failure to ensure that electrical equipment is maintained in a safe operating condition can be extremely dangerous and potentially deadly,” said Christopher Robinson, director of OSHA’s Pittsburgh Area Office. “RESCO Products has not met its obligation as an employer and needs to do a much better job identifying and eliminating electrical hazards at its Tarentum facility.”

This is the fourth time since August 2014 that OSHA has cited the company for safety and health hazards. The company was previously cited in July 2015, October 2014 and August 2014.

While RESCO Products has a long list of improvements to make, marking their plant floor with basic visual cues like pedestrian and forklift paths and designating preserved space around electrical equipment to ensure safety would be a good first step.

Products offered by stop-painting.com make it easy and quick to address issues like these on a plant or shop floor and get safety issues remedied fast.

Some products we’d recommend to help RESCO keep their employees safe and avoid future OSHA fines include our “Electrical Panel Keep Clear” sign, floor markers for designating areas forklifts must not go past, and our “No forklift beyond this point sign”.

Most of our signs, tapes and floor markings meet OSHA requirements, but more importantly, they can save lives.