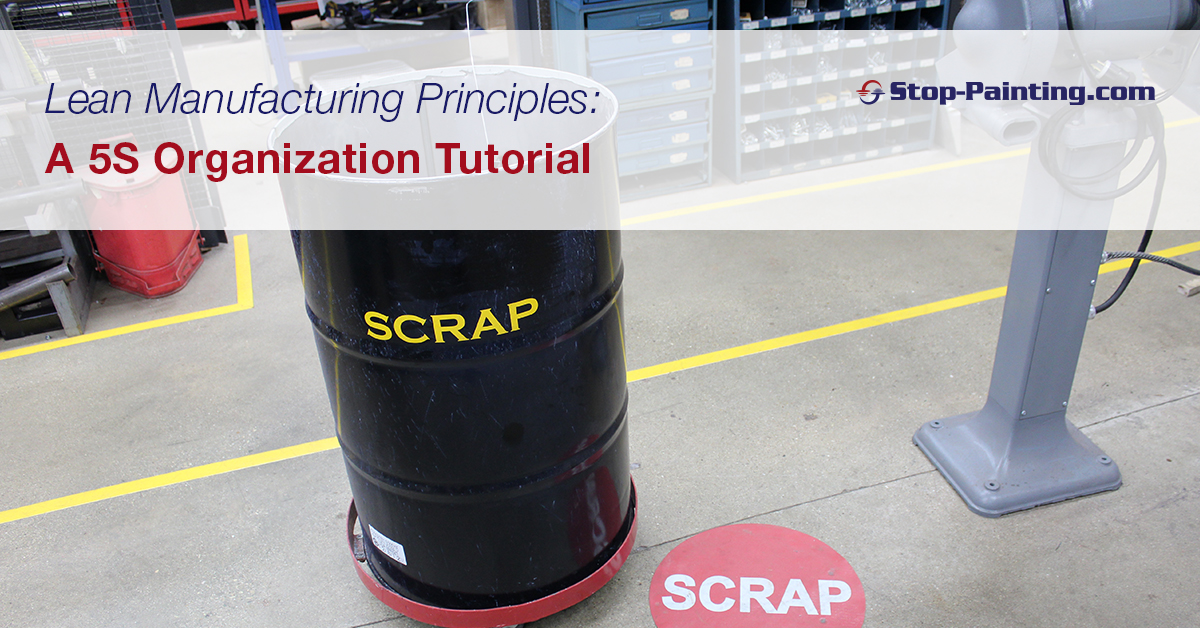 A recent survey with 25,000 manufacturing and distribution participants from across the U.S., showed more than 71% of those surveyed are using 5S practices.

While there are a variety of lean manufacturing organization principles, the 5S was the top choice of those surveyed. Some respondents shared that they used a blend of more than one management principle.

In addition to the 71% who used 5S practices, results showed:

According to visual management and lean management expert Dr. Gwendolyn Galsworth, 5S is a management philosophy for organizing your workplace in a clean, efficient, and safe manner that can enhance your productivity. Dr. Galsworth has stated in multiple publications and books that 5S relies heavily on visual cues and directions to ensure the introduction of standardized working.

The practice of 5S traces its origins back to Japan. The 5S methodology has come from the techniques studied in Total Productive Maintenance (TPM) and from the Toyota Production System (TPS). The U.S. learned of these production practices with the rise of the Toyota company, as the phenomenon of Asian car manufacturing was unveiled to the world in the 1980s.

Dr. Galsworth was part of a think tank in the early 1980s called The Productivity Team Inc., which served as the premiere resource for books and intelligence on what was then called The Japanese Manufacturing Miracle, and is now widely known as the Toyota Production system. This group of academic researchers coined the term “lean production” to describe the new manufacturing paradigm created by the Toyota Motor Company.

The key facet of Toyota’s approach was to organize the workplace floor for convenience, speed, and ease. The five-step method for accomplishing this became known as 5S. When companies around the world began turning to lean production beginning in the 1980s, 5S became one of the most popular lean production management systems, due in part to its simplicity.

The first English language book devoted to explaining the 5S method was called “The 5S’s: Five Keys to a Total Quality Environment,” published by Takashi Osada in 1991. Four years later, Hiroyuki Hirano offered another introduction to the 5S method titled “5 Pillars of the Visual Workplace: The Sourcebook for 5S Implementation.” These 2 books summarized the 5S method in a way that was easy for companies outside of Japan to follow and serve as resources for the following information.

The name “5S” comes from five Japanese words that all happen to begin with “s” sounds:

Sort is the first step in 5S practices. Employees will begin using 5S lean principles by sorting clutter and waste from the important items in a work area. Employees remove all items that that do not belong in the working area or contribute to the goal of that particular work station or work process.

After sorting comes straighten. Once clutter is cleaned out of an area, the necessary items left behind are arranged in an efficient manner. This is done through the use of ergonomic principles and to ensure that every item is placed for optimal utilization.

Sweep involves cleaning. Employees take part in a thorough cleaning of the work area, tools, machines, and other equipment to ensure that everything is returned to its best possible state. The idea is that anything that is out of place will be easily recognizable because of the bright and clean work area. Once everything is cleaned and swept, it’s easier to see if there’s a defect in equipment or a flaw in the workflow that needs to be repaired

A key feature of 5S that can make or break the long-term success of implementing these protocols in a workplace is to standardize the process. This is the step that ensures that the sorting, straightening and sweeping become the workplace norm and a part of the everyday workflow. Standardizing the 5S practices is the key to making your lean organized workplace really work and increasing productivity.

The last step is all about ensuring the company strives to continue and improve using the previous stages of 5S. This would include housekeeping and maintenance, as well as conducting audits periodically to study if the workflow continues to be at maximum productivity. The 5S practices should become part of the culture of the organization. These tasks should become second nature.

5S is Simple And Effective

The most important thing to grasp about the 5S concept is that it’s all about organization. 5S can organize the workplace floor so that needed items are convenient to use, easy to find, and have a clearly marked home. Companies around the world have turned to lean production in the last 20 years, and 5S has become one of the most popular production concepts due to its simplicity and its proven track record to increase productivity. Check back with stop-painting.com for tips and ideas on how to get a 5S and visual workplace implemented in your business for 2016.