How a Missile Factory Went Visual 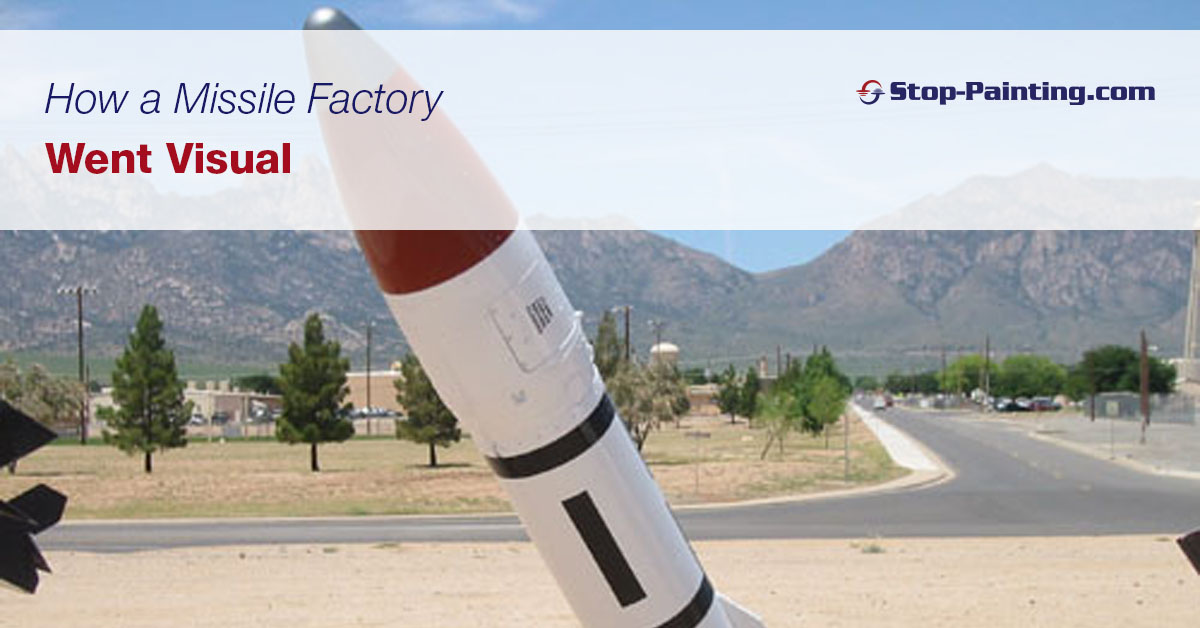 It is said that imitation is the sincerest form of flattery. Along those lines, seeing examples of how other companies have improved their workplaces can be helpful, even if those other companies are in different industries. Several years ago, the Raytheon Company updated its Arizona missile-manufacturing plant so substantially that the defense contractor won the prestigious Shingo Prize for Manufacturing Excellence, sometimes dubbed the Nobel Prize of manufacturing.

Raytheon converted its Tucson, Arizona plant into what is known as a visual factory. Basically, a visual factory is one that answers workers’ questions through visual means. “In its most simple form,” explains manufacturing expert Marty Neese, “a visual factory uses visual cues and tools to provide all workers with clear and concise communication” about matters such as where items belong and what tasks need to be done.[i]

When Raytheon began revamping its facility, the factory’s workspace was “extremely cluttered,” as the company itself described it on a later occasion. Operators were required “to constantly search for needed items.”[i]

[i] Marissa A. Wood and Lisa A. Block, “Going Visual—How a Missile Factory Has Continued to Improve and Sustain a Lean Visual Factory (Presentation),” IIE Annual Conference Proceedings (2005): 1-59, accessed May 26, 2015, https://search.proquest.com.

The inventory and work-in-progress quantities were excessive, which is incompatible with the ideal of a lean, efficient workplace.

In a slide presentation at a meeting of the Institute of Industrial Engineers, Raytheon proudly unveiled the results of its factory-improvement initiative, displaying photographs of the Arizona missile plant’s transformation. The improvement was astounding!

In the “before” pictures, the factory floor appears crowded and in disarray, but the “after” photos reveal a workplace that is methodically organized and communicates messages visually. Measuring the difference quantitatively, Raytheon found that assembly time had dropped substantially and on-time delivery had improved. Most impressively, costs were cut up to 45 percent depending on the program, the company reported in a press release.[i]

In its slideshow at the industrial engineering conference, Raytheon summed up for the audience some benefits from creating a lean, visually oriented factory:

It just goes to show that any factory, no matter what industry, can improve both its bottom line and workers’ job satisfaction by adding visual cues such as floor signs and floor tape.