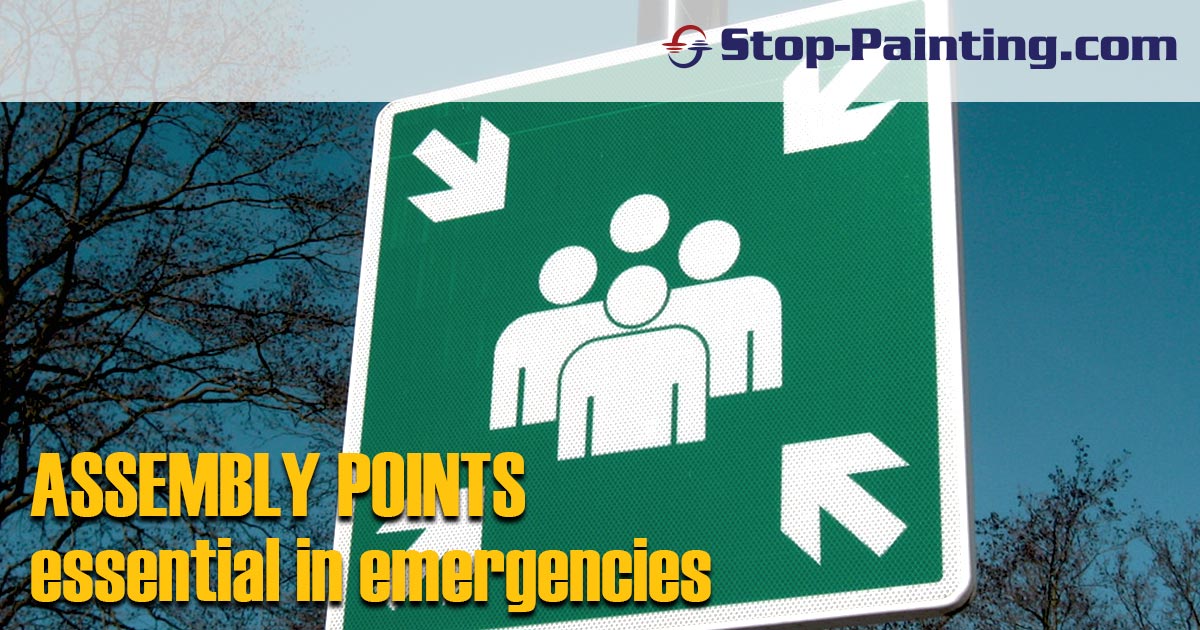 During a workplace emergency, it’s easy for panic and chaos take over. However, with a well-thought-out emergency action plan which includes a marked assembly point where employees gather before evacuation, lives will be saved and pandemonium can be kept at a minimum.

A wide variety of emergencies both man-made and natural, may require a workplace to be evacuated. These emergencies include fires, explosions, floods, earthquakes, hurricanes, tornadoes, toxic material releases, radiological and biological accidents, civil disturbances and workplace violence.

Employees will need to respond differently depending on the type of threat they face. For example, workers would convene at a specific assembly point inside the workplace if threatened by a tornado or a chemical spill on an adjacent highway, but evacuate to an exterior assembly point during a fire.

A good plan must also identify when and how employees are to respond to different types of emergencies. It’s important to brainstorm worst-case scenarios. What would happen if the storeroom caught fire, a nearby river flooded, or a chemical spill occurred in the shop? 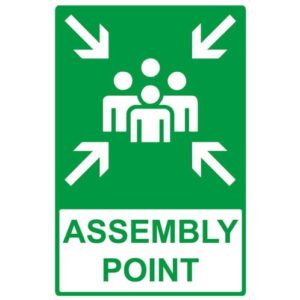 The type of building you work in may be a factor in your decision. Most buildings are vulnerable to the effects of disasters such as tornadoes, earthquakes, floods, or explosions. The extent of the damage depends on the type of emergency and the building’s construction. Modern factories and office buildings, for example, are framed in steel and are structurally sounder than neighborhood business premises may be. In a disaster such as a major earthquake or explosion, however, nearly every type of structure will be affected. Some buildings will collapse and others will be left with weakened floors and walls.

A critical part of an emergency action plan, no matter what kind of disaster happens, is a procedure for employers or designated employees to account for all employees (and customers if necessary) after an evacuation. (See OSHA regulation 1910.38 (c)(4))

OSHA offers some tips to help in accounting for employees during and after an emergency situation:

Assembly points are key to making sure everyone is safe during an emergency. Make sure all employees are updated on how to assemble and be accounted for after a disaster.